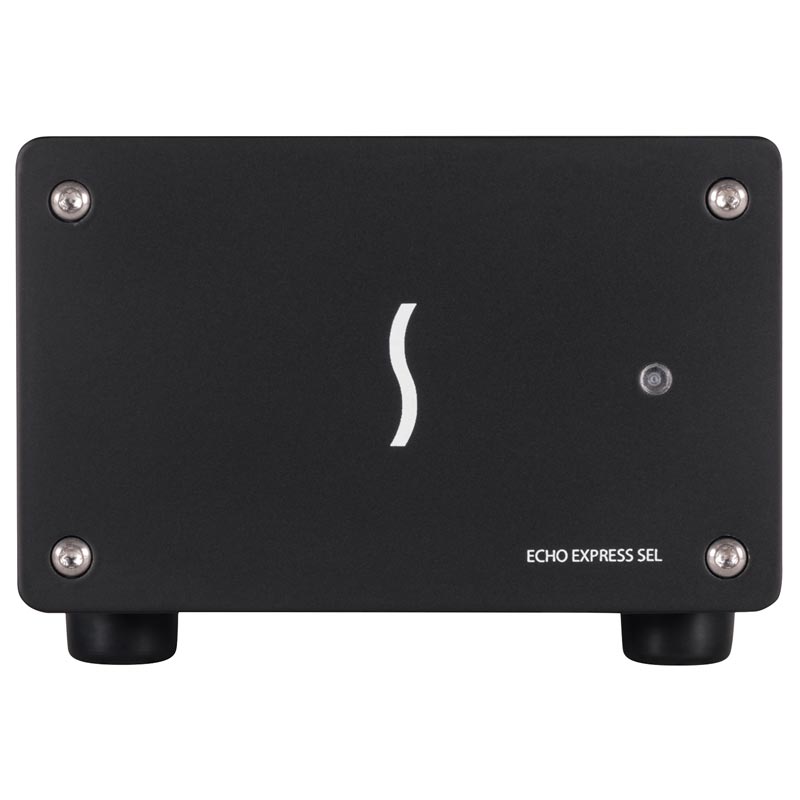 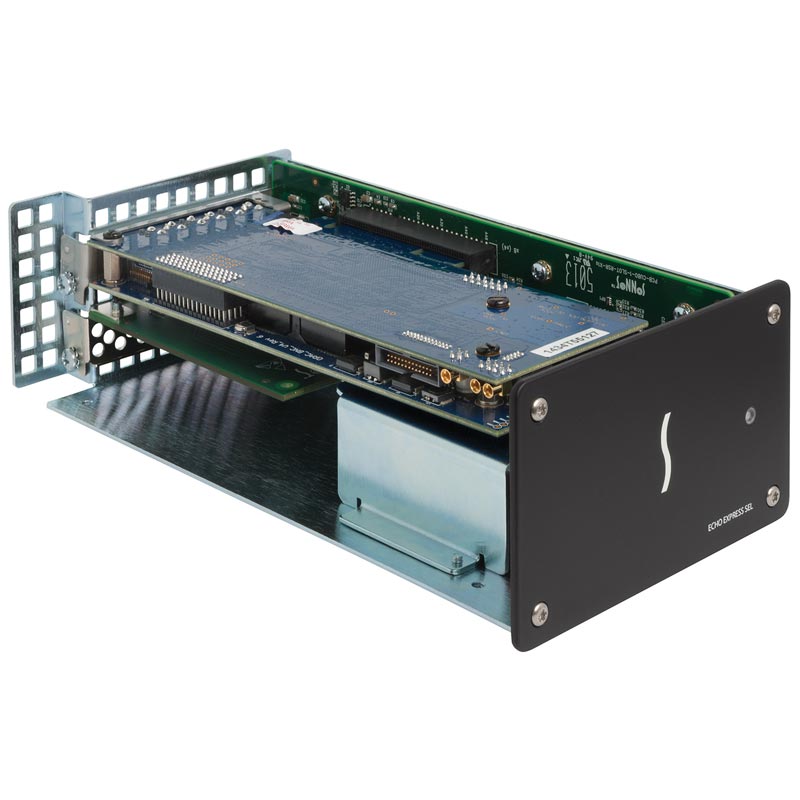 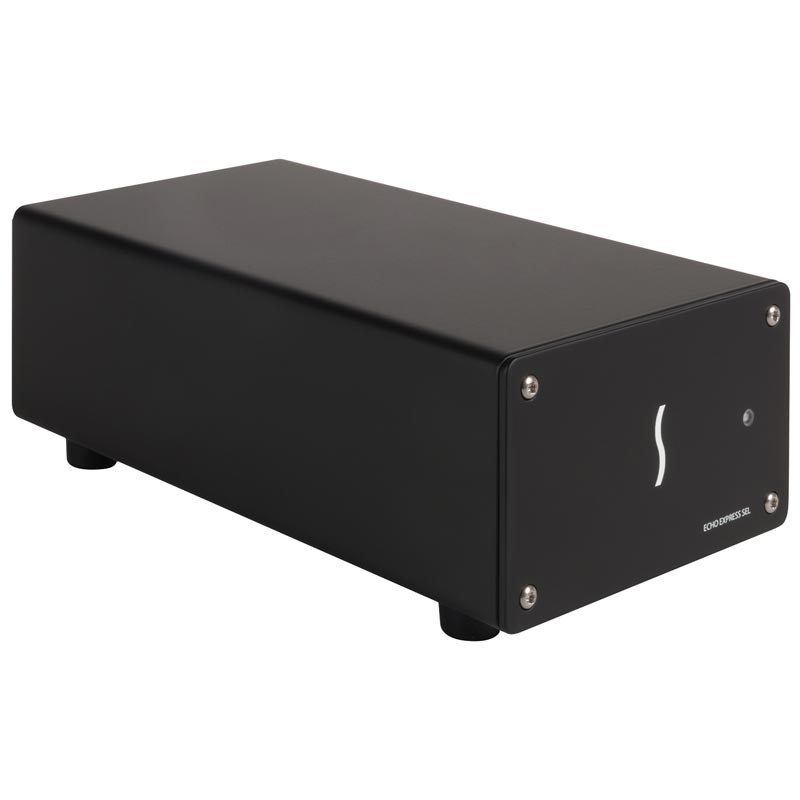 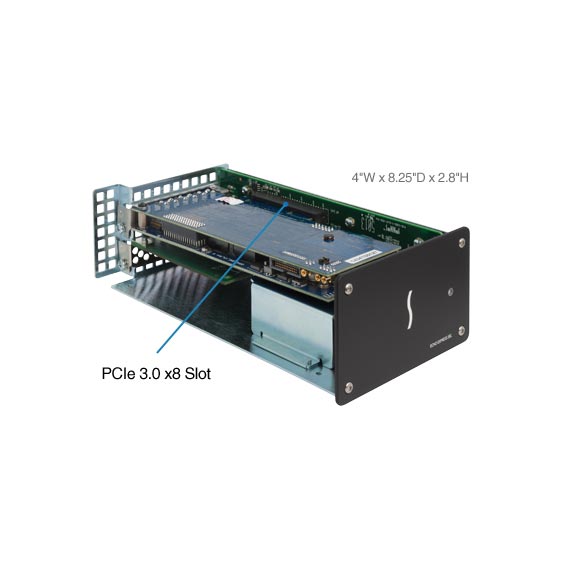 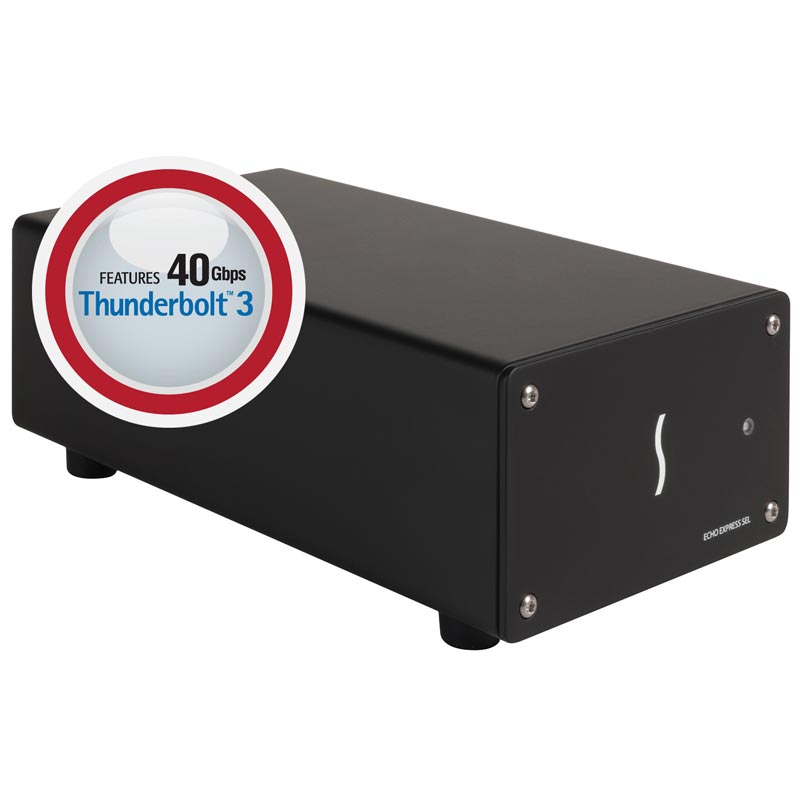 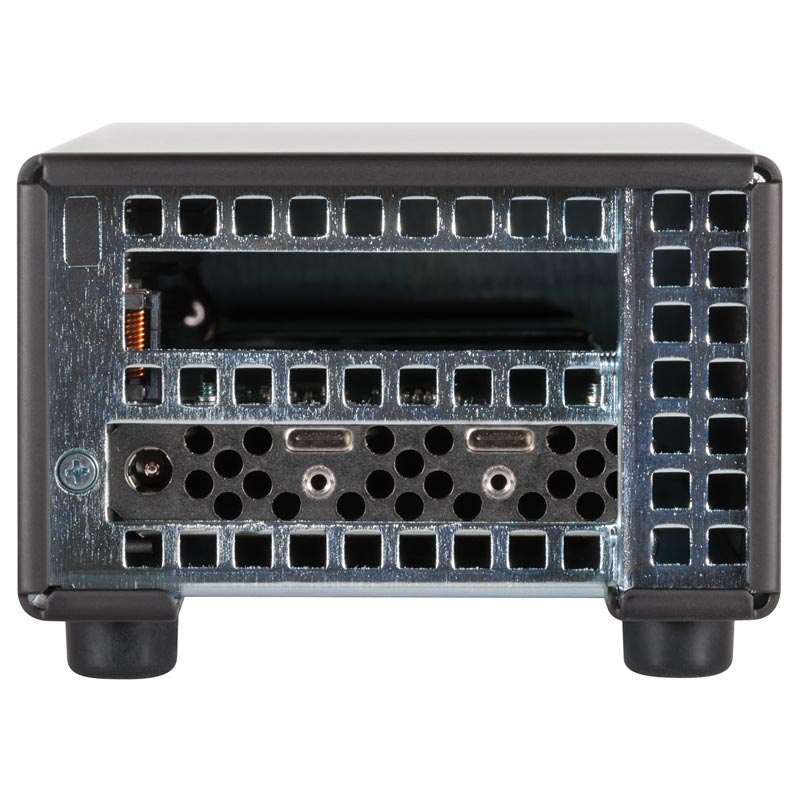 Important Note: Windows computers require the latest BIOS and Thunderbolt drivers to support this product. Check with your computer manufacturer for update information.

Connect a Low-Profile PCIe Card to Computers Without Expansion Slots

Shopping for a new computer? Small and thin is in—the latest ultra-light notebooks, small form factor, and all-in-one desktops are slender marvels of engineering. But, thinness comes with a cost—there’s nowhere to install PCIe cards that provide additional connectivity and processing capabilities beyond a computer’s standard ports. Thin Mac® and Windows®(1) computers with Thunderbolt™ 3 ports still offer tremendous processing power, but for many, such as pros in the creative fields, onboard processing power alone is not enough. Fortunately, you don’t have to limit your choices to desktop workstations—think external. Sonnet’s Echo Express SEL - Thunderbolt 3 Edition enables you to connect a single low-profile PCIe card outside of the computer. Through its x8 PCIe 3.0 slot, this little Thunderbolt 3-to-PCIe card expansion chassis supports many Thunderbolt-compatible 16Gb and 8Gb Fibre Channel, 40Gb and 10 Gigabit Ethernet, video capture and processing, SAS and SATA host bus adapters, and RAID controller cards.

The Echo Express SEL - Thunderbolt 3 Edition features 40Gbps Thunderbolt 3, which offers double the speed and connectivity of Thunderbolt 2, and yields up to 2750 MB/s of PCIe bandwidth, enabling it to support 4K video capture and processing cards at high frame rates, and 16Gb FC cards and dual-port 10GbE cards at full performance(2)(3). With the ability to handle the most demanding, highest performance PCIe cards, support for connecting two 4K displays @ 60Hz or one 5K display @ 60Hz(4), and support for a vast array of Thunderbolt(5) and USB(6) peripheral devices, Thunderbolt 3 is a leap forward in every way.

Measuring just 4 inches wide by 8.4 inches long by 2.8 inches tall, the Echo Express SEL - Thunderbolt 3 Edition is ideal for use in circumstances where connecting a single low-profile PCIe card is required. Many of the most popular Thunderbolt-compatible high-speed networking and storage controller cards are a perfect fit, and even the BlueFish 444 Epoch 4K Neutron video card can be accommodated.

Thunderbolt 3 — The USB C That Does It All

The Echo Express SEL - Thunderbolt 3 Edition includes two Thunderbolt 3 (USB-C) ports; the first connects it to your computer, while the second supports daisy chaining of up to five additional Thunderbolt peripheral devices to a single port on your computer. The SEL includes 10Gbps USB 3.1 Gen 2 support, meaning you can connect a USB device to the second port using the proper cable or adapter. The SEL also provides full support for connecting two 4K displays @ 60Hz or one 5K display @ 60Hz(4). For connected devices requiring extra power, 15 watts is provided to connected bus-powered devices(7).

Connect computer to one port on the Echo Express SEL – Thunderbolt 3 Edition and daisy chain up to 5 additional Thunderbolt devices (plus two 4K monitors, one 5K display, or one USB 3.0 device)

Smart Design, Inside and Out

Constructed of rugged and lightweight aluminum, the outer shell of the Echo Express SEL - Thunderbolt 3 Edition securely protects the installed PCIe card. The card is protected inside, too—the Echo SEL employs a variable-speed, temperature-controlled fan to ensure the card and chassis’ components remain reliably cool. The fan automatically speeds up as necessary to cool the installed card when it’s hot, and slows down when it’s cool. Since Echo Express products automatically power on and off with your computer, there is no power switch on the chassis, ensuring you don’t waste energy by forgetting to turn it off.

The Echo Express SEL - Thunderbolt 3 Edition was designed to be ultra-quiet so that it can be comfortably used in noise-sensitive environments. The airflow path within the chassis has been specially designed to enable the fan to quietly and efficiently cool the installed card at all times, even during peak operation.

Do you have a card in mind but aren’t sure it’s compatible? We’ve worked closely with PCIe card manufacturers to provide a list of compatible cards on our supporting PCIe Card Thunderbolt Compatibility Chart. The chart provides a list of cards that have been tested to be recognized over a Thunderbolt connection and compatible with Thunderbolt technology requirements.

Sonnet includes a 0.5-meter Thunderbolt 3 cable to connect the Echo Express SEL - Thunderbolt 3 Edition to your computer, and a Sonnet ThunderLok 3 Thunderbolt connector retainer clip(8) to secure the cable to the Echo chassis. Accidental cable disconnect can lead to data loss. Sonnet’s ThunderLok 3 secures the Thunderbolt cable to the Echo chassis, and is easy to install and use—just slide it over one end of the cable, and then plug in the connector and secure it to the chassis by turning a thumbscrew. Because of its unique design, ThunderLok does not attach to the connector, but remains on the cable so it won’t get lost when not in use. 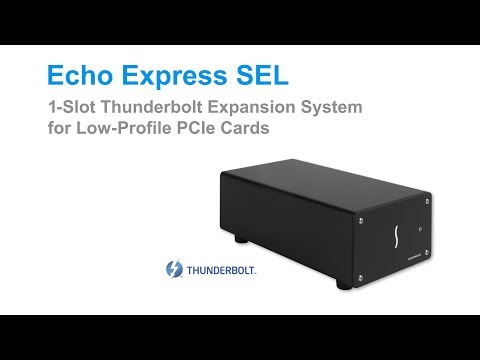 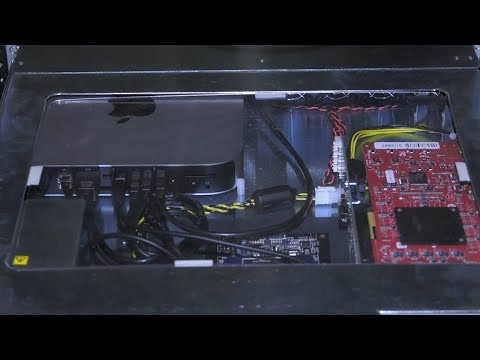